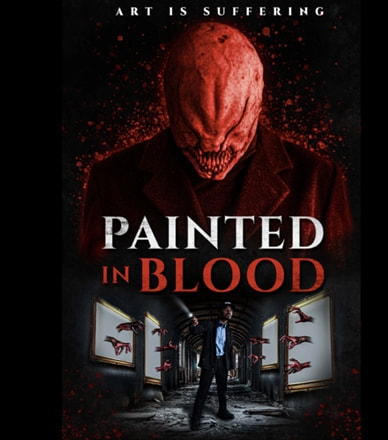 This year I have auditioned more by this date than ever before.  And that is GREAT!  However, I would love to book more than I have.  But to every thing there is a season, so I’m being patient.

I saw a screening of THE OCTOGAMES, a film loosely based on SQUID GAME.  I have a principal role in this film and it really is quite good.  However, it is a horror film so if that is not your taste, you won’t like it.  It is already playing in theaters in the Philippines and is streaming in Japan and Taiwan.  I would LOVE to see my worked dubbed into other languages.

Another film I have a small role in PAINTED IN BLOOD is now streaming in the U.S.  You can rent it from iTunes, RedBox Digital, Vudu, Google Play, Xbox, or Amazon Video!!!!

I’m still waiting to learn if the Murder Mystery Company has secured a contract with Actors Equity so that I can perform with them again.  But until then, I’m filling my time with auditions and standardized patient work.  I still believe being a standardized patient is some of the most important work that I do.

Thank you for checking in.  Your interest and support of my career means the world to me!